In his announcement, Katko cited wanting to be more present with his family as part of the reason for his decision.

“That’s why, after 32 years of public service, I have decided not to seek re-election to Congress, so that I can enjoy my family and life in a fuller and more present way,” Katko said.

Katko is the third House GOP impeachment backer to call it quits, following in the footsteps of Reps. Adam Kinzinger of Illinois and Anthony Gonzalez of Ohio. Rep. Fred Upton of Michigan, who also voted to impeach, is undecided if he’s going to run again. The veteran lawmaker told CNN that he will decide this month as he evaluates how his district lines are being drawn.

Trump celebrated Katko’s decision in a statement Friday, saying, “Great news, another one bites the dust. Katko, from Upstate New York, is gone!”

Katko was in line to become the chairman of the House Homeland Security Committee next year if Republicans win the majority following the midterms this fall. But he had become a top target on the right, not only for his impeachment vote, but also because he supported a bipartisan infrastructure bill and negotiated a proposal to create a bipartisan commission to probe January 6.

Late last year, conservatives started demanding that Katko be kicked off his committees. Rep. Marjorie Taylor Greene, a hardcore Trump supporter from Georgia, suggested that would be one of her demands in exchange for supporting House Minority Leader Kevin McCarthy for speaker. 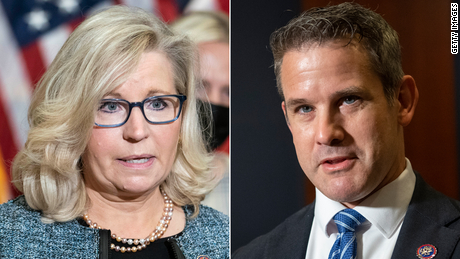 In his retirement announcement, Katko defended his voting record, saying: “My conscience, principles, and commitment to do what’s right have guided every decision I’ve made as a Member of Congress, and they guide my decision today.”

Katko’s retirement now creates an unexpected pickup opportunity for Democrats, though the new maps in New York have yet to be finalized. Katko has represented the Syracuse-based swing district since 2015. Katko has shown an ability to defy expectations in what has traditionally been a Democratic-leaning district; a Democratic challenger who ran against him and lost twice had opted last year not to challenge Katko a third time.

McCarthy has also recognized the value of having Katko in that seat. He privately urged Trump not to back a primary challenger to Katko, and also used a joint fundraising committee to help donate to Katko’s campaign coffers.

But McCarthy and Katko’s relationship had grown increasingly strained over the past year, despite the pair being allies at one point. McCarthy deputized Katko to cut a deal with Democrats on a bipartisan commission to investigate the insurrection, and Katko won a number of key concessions in those negotiations. But after Katko reached a deal, McCarthy decided not to back the proposal, which sources said caught Katko by surprise. That proposal passed the House with the support of 35 Republicans, but was ultimately blocked by the Senate GOP.

This story has been updated with additional developments Friday.