Battle of the Bastards

A review of the Succession Season Three premiere, “Secession,” coming up just as soon as a Pope follows me on Twitter…

Midway through “Secession,” Kendall’s girlfriend Naomi Pierce jokes on the phone that he may be the best man in the world. Kendall laughs, then adds, an expression on his face making it clear that he is not entirely joking, “But what if I am?” He is high on his own supply, metaphorically for sure and likely in a literal sense as well. Though it’s possible he’s using drugs from Naomi or one of his other enablers, he’s implicitly coked out of his mind throughout the premiere, talking a mile a minute and convinced that every idea he has is the greatest thought that has ever occurred to anyone. He is confident that he will take down Logan without destroying Waystar Royco in the process, and that he is doing it for wholly noble reasons.

We know enough about Kendall Roy after two seasons to know how wrong he is about virtually all of that. He has moments of moral clarity, but when an indignant and baffled Logan insists on the phone that Kendall’s press conference in the Season Two finale was just another move in the never-ending family power game, it’s hard not to side with the evil old man. If Logan had chosen, say, Frank as the fall guy for the cruise ship scandal, would Kendall have gone to the press with stories of his father’s misdeeds, or would he have gone on playing the cowed and dutiful son that he was for all of Season Two? Of course he would have stayed in the fold.

But Kendall’s unwarranted hubris isn’t unique to him within the family. Again and again throughout “Secession,” we see various Roys trying to puff themselves up to respond to the chaos Kendall’s press conference has created. Each of them acts like they know exactly what to do, and like they will come out on top. And almost immediately after, we see that they are just as weak and clueless as they’ve always been, more crippled by the fear of losing what power they do have than willing to do what it takes to gain more.

This is most palpable in the excruciatingly awkward phone conversation Roman and Logan have late in the episode. Logan has told the inner circle that he wants to anoint one of them as the new Waystar CEO, more for the optics of putting someone else in charge than signaling any genuine changing of the guard.

This could be a huge opportunity for anyone who wants to step up and take it. Logan isn’t getting any younger. He’s been medically sidelined before, and Kendall has made him exceedingly vulnerable professionally. Whoever gets tapped as fake CEO could potentially maneuver themselves into making the title real and meaningful. Instead, most of the people under consideration are only capable of looking at the gig as a trap and try desperately to play Not It. After briefly trying to push Tom to take it — and Mr. Wambsgans recoiling from the possibility like he’s just been offered a live grenade — Shiv makes a genuine go at it, but ruins her chances when she fails to land her old friend Lisa Arthur (Sanaa Lathan) to legally represent Logan and the company in this mess.

And Roman? Roman feels he has earned the job — has been the good son that everyone treats as the bad son — but is ultimately too cowardly to seize it. He calls Logan, insists, “I think it should be me. It’s my time, I can do it, I want it.” He pauses for just a moment in the middle of this, and we can see that, at minimum, Logan is impressed by the initiative. Whether or not that would have been enough to win the day is something we’ll never know; before Logan can deliver his answer, Roman just keeps on talking, instantly hedging his bets by saying that he’d be fine apprenticing under Gerri for a few years if Logan doesn’t believe he’s ready yet.

It is every email invitation you have ever concluded with a variation of the phrase, “But if you can’t come, no big deal,” every defensive posture taken after asking someone on a date, or making a big work request, and it is the absolute wrong posture to ever assume in front of Logan Roy, who hangs up and declares, “Roman’s out.” If Roman feels the need to give his father an excuse to say no, then of course his father will do just that.

But even before that call, you can see Roman, Shiv, and the others all waffling about what to do, and why. The bulk of “Secession” finds our cast of characters scrambling for position, both literally and figuratively.

Team Logan spends a lot of time moving around the airport, and then eventually splitting up between New York and Sarajevo, where Logan opts to hide out for a bit because of their lack of an extradition treaty with the U.S. Logan is usually master of all he surveys, but the guy we see here trudging out of the Sarajevo hotel lobby to catch some air in the episode’s closing minutes looks vulnerable in a different way from when he was medically incapacitated early in Season One.

This attack from Kendall feels different to Logan than when his son was plotting a hostile takeover with Stewy, and it’s clear that for once he isn’t sure he can bully his way out of it, no matter how loudly he screams that this is war, or that he’s going to “go full fucking beast” against Kendall, Lisa Arthur, and friends. And Logan’s not the only one having doubts. On the airport tarmac, Roman and Shiv each briefly entertain the idea of switching sides and backing Kendall, but it’s clear each of them would need the other to do it first before they’d even seriously consider such a move. You can’t win if you don’t play, so they remain paralyzed. 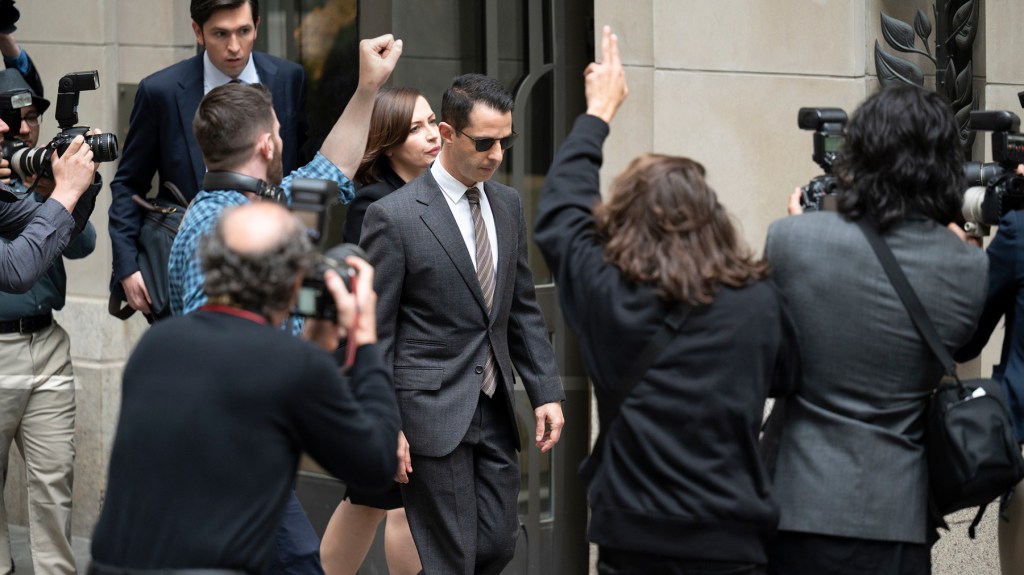 Kendall, meanwhile, spends a good chunk of the hour simply riding around Manhattan in the back of his company-provided SUV with his assistant Jess and Cousin Greg. (Karolina is briefly with them, but Waystar’s head of PR has the good professional sense to get the hell out of the car when Kendall tries to recruit her to his side.) With the threat of being barred entry to the headquarters of the corporation he just publicly dragged, and the high likelihood of paparazzi camping out by his own apartment, Kendall instead takes over the spacious living room of his ex-wife Rava.

Rava is a good sport about it, wanting to believe that Kendall’s press conference is a sign of him finally standing up for real to the family she couldn’t wait to extricate herself from. Then Naomi shows up, and talks Cousin Greg into opening an expensive bottle of wine that Rava had been saving, since it was a gift from her godfather. As Succession indignities go, this is a mild one, but it feels particularly cruel because Rava is a noncombatant in this war, and also someone who very clearly wants to believe the best in Kendall, despite ample evidence that she should not. (In the car, Kendall is even cracking jokes about the dead guy in Scotland who left him so crippled with guilt throughout Season Two, even if he’s the only one who understands the joke.)

Kendall does manage to secure Lisa Arthur’s services, as well as that of Berry Schneider (Jihae), a crisis management PR expert of some sort who can’t get a word in edgewise while trying to pitch Kendall on how to wage this very public battle against Logan. That Kendall gets to Lisa before Shiv can leads to another real squirmer of a scene, where Shiv — who fancies herself the most cool, collected, and intelligent sibling — can’t stop herself from throwing an adult tantrum on her way out of Lisa’s fancy office.

Since everyone spends the bulk of “Secession” unsure of where to go and what to do, the episode could come off like a bit of narrative throat-clearing. But it’s been so long since we’ve seen these characters — thanks to Covid, the previous episode aired two years and four days ago — that a slower re-entry into their world is helpful, especially when it’s as typically funny as this one. The insults swapped between the siblings are always a delight, as is Cousin Greg’s attempt to seem smarter or more worldly than he is. But everyone gets their comic moment, like Willa’s utterly defeated response to Connor’s suggestion that they start marketing her much-maligned play as a hate-watch to “hipsters and dipshits.”

None of the Roys are nearly as good or as powerful as they imagine themselves to be. Their show, however, is in tip-top shape after its lengthy absence. 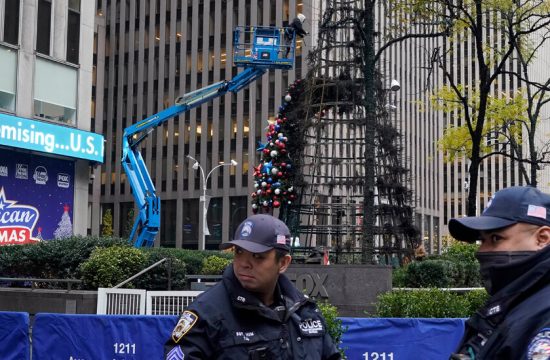