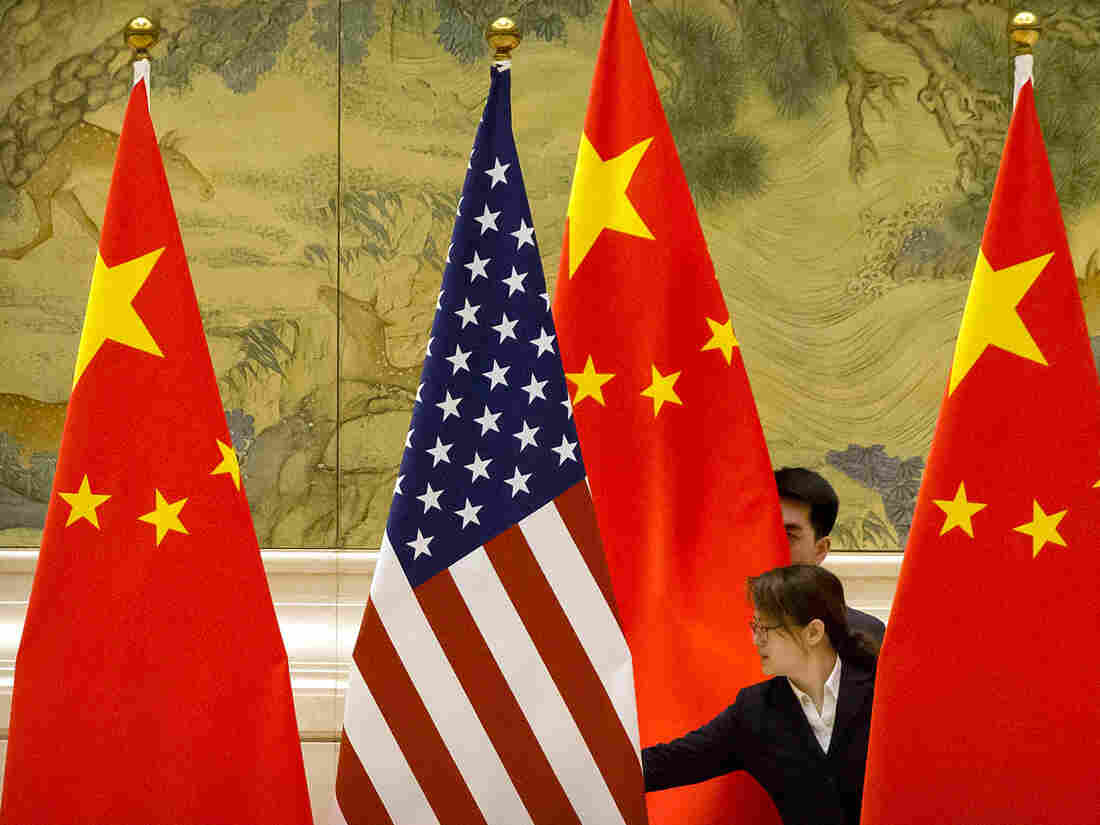 U.S. and Chinese flags before the opening session of 2019 trade negotiations between U.S. and Chinese trade representatives in Beijing. On Thursday, China passed a sweeping new law designed to counter numerous sanctions the United States and the European Union have imposed on Chinese officials and major Chinese companies. 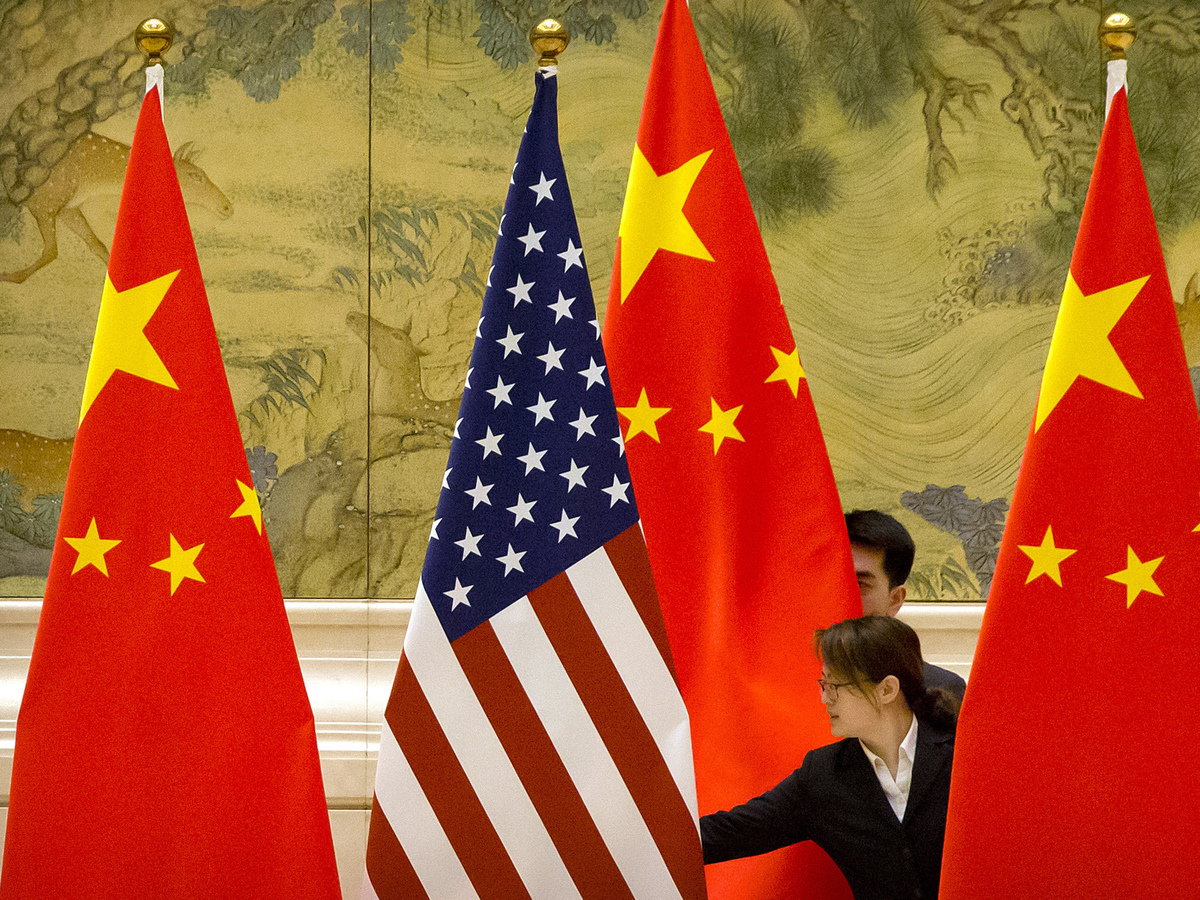 U.S. and Chinese flags before the opening session of 2019 trade negotiations between U.S. and Chinese trade representatives in Beijing. On Thursday, China passed a sweeping new law designed to counter numerous sanctions the United States and the European Union have imposed on Chinese officials and major Chinese companies.

BEIJING – Over the last three years, the U.S. and the European Union have imposed a series of sanctions on Chinese officials and companies. Now China has created a new legal tool to hit back.

Organizations with a foot in both the United States and China may face a tough choice going forward: By complying with American sanctions on China, they face the possibility of tough sanctions in China as a penalty for doing so.

On Thursday, Beijing passed a sweeping new law designed to counter numerous U.S. and EU sanctions on Chinese officials and major Chinese companies. Those involved in designing or implementing the U.S. and EU sanctions could find themselves or their family members denied visas to China. Their property in China may be seized, and any commercial transaction they attempt with a Chinese institution can be blocked.

“The law signals that when you have no standing or power to boss people around, then your law in the U.S. will get you nowhere in China,” says Wei Jianguo, a former commerce vice minister. “This law is like the ringing of a gong. It is a warning to the U.S.: You should be worried. China will not endure this treatment as easily as it once did.”

It’s not clear yet how often China will use its new anti-foreign sanctions legislation, or how broadly. But that ambiguity has already sent a chill through the business community, which is being required to develop China-specific standards and operations separate from their global operations, as China creates its own legal landscape.

On the surface, the law simply codifies a number of retaliatory actions Beijing has already taken in response to Western sanctions. The law also appears to be aimed primarily at foreign politicians who pass sanctions on China in their home countries.

But the Anti-Foreign Sanctions Law is so broadly written, those in the foreign business community fear they could find themselves in the geopolitical crosshairs. Under the new law, decisions to sanction entities — like companies or their employees — are final. There is no possibility to appeal.

“When you mix the law with the politics, you inevitably are going to get the politics,” says James Zimmerman, a partner at the Beijing office of the Perkins Coie law firm.

At a foreign ministry briefing Friday, spokesperson Wang Wenbin defended the new law, arguing the measure provides greater legal stability. “China always welcomes and supports foreign companies to conduct business and cooperation in China, and protect their rights and interests in accordance with the law,” said Wang. “China’s door to opening up will only open wider and wider.”

Over the past year, China has already sanctioned more than a dozen European academics and politicians, as well as American officials including former Secretary of State Mike Pompeo, as retaliation for previous sanctions on their Chinese counterparts. But Beijing has also sanctioned defense companies Raytheon and Lockheed Martin over weapons sales to Taiwan.

“The companies, no matter what countries they are from, must abide by the laws in the host country when they operate,” said He Weiwen, a former Chinese trade official who is now a senior fellow at Beijing-based think tank.

This week, China also passed a new data security law that places stricter limits on data generated within China and how it can be transferred out of the country. Last month, Tesla, under fire for how it silos information taken from cameras and sensors on its electric cars in China, said it would store that data in China, as Apple already does.

“We don’t want to deal with a lot of the uncertainty and we need to operate in an environment that is predictable,” says Zimmerman, referring to his U.S. business clients. “But if the legal system is subject to the politics, that makes it very, very uncertain.”

Over the past three years, the U.S. and China have imposed numerous rounds of tariffs in a damaging trade war. Washington has also slapped sanctions on Chinese officials and companies over human rights abuses in the Xinjiang region and Hong Kong.

China has been threatening legal measures to counteract these sanctions for years. Some of those threats have yet to materialize. In 2019, China warned it would create an “unreliable entities list” to blacklist foreign firms that it claims hurt the country’s interests. More than two years later, Beijing has yet to blacklist any firms.

But as the U.S. keeps adding new sanctions, it’s increased pressure in China to take more concrete action. Last week, the Biden administration announced it would expand sanctions to prevent American investment in 59 Chinese companies that allegedly contribute to the Chinese military.

In January, China’s commerce ministry issued its first order of the year — effectively a hotline for reporting sanctions, tariffs or other foreign legislation that prevent a Chinese entity from “normal economic, trade and related activities.”

The commerce ministry could then decide to block the measure from taking effect — preventing the company from following through on the international sanctions — or allow the sanctioned Chinese business or individual to sue a foreign company in a local Chinese court.