Pete Buttigieg and Elizabeth Warren have more campaign offices in the first four states than any other 2020 Democrat.

INDIANOLA, Iowa — Just a half-block off the old courthouse square here lies a handsome storefront with bunting and a vintage sign that reads “Warren for President.”

It’s a field office for Senator Elizabeth Warren of Massachusetts, who along with Mayor Pete Buttigieg of South Bend, Ind., is one of only two Democratic candidates with a brick-and-mortar presence in this college town 30 minutes south of Des Moines.

Ms. Warren and Mr. Buttigieg have broken away from the Democratic pack with the most field offices overall in the four early states, and they are making an expensive bet that organizational strength on the ground will catapult them to crucial top finishes in Iowa’s first-in-the-nation caucuses. Their ground games give them more workspaces for organizers and volunteers. More organizers lead to more in-person contact with potential supporters in every nook and cranny of a state.

And in Iowa, where picking a candidate is akin to a religious conversion following extended evangelism from a supporter, a strong and broad organization is often the backbone of a winning campaign. 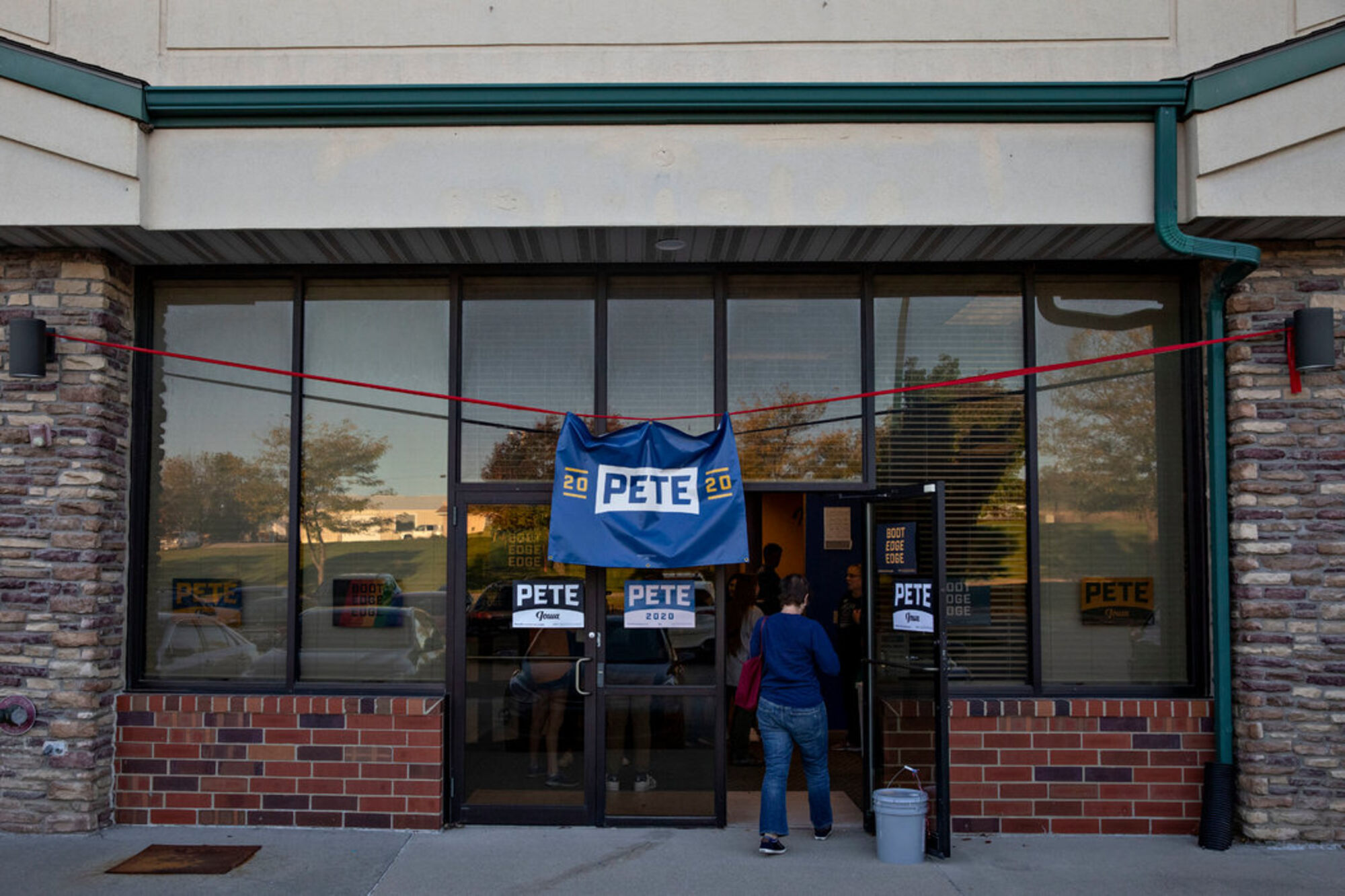 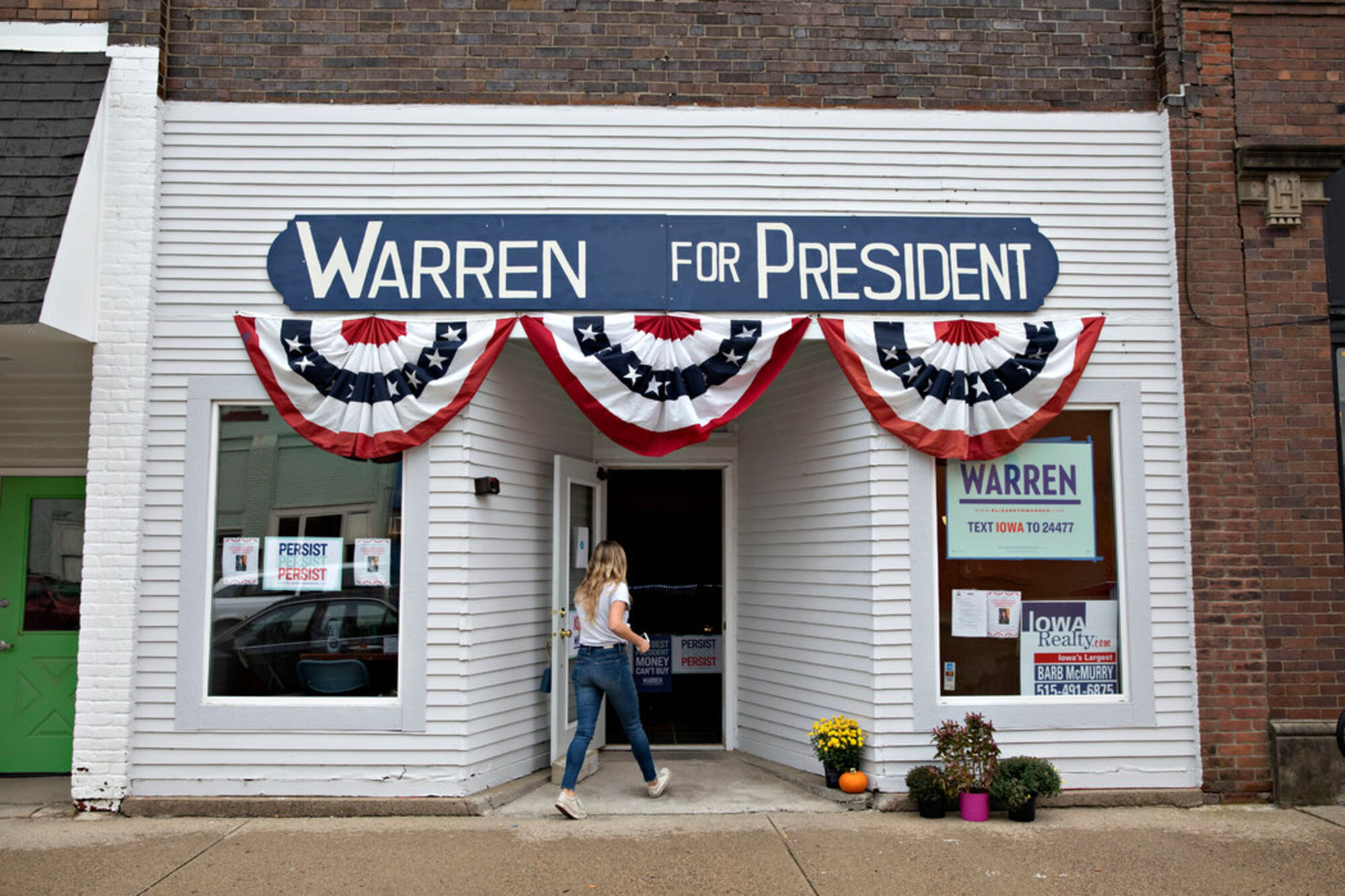 The offices also serve as an advertisement that Democrats do still exist in more rural areas, like Indianola, that swung to President Trump in the 2016 election. Surrounding Warren County, which Barack Obama carried in 2008, went for President Trump in 2016 by 16 percentage points.

In a 19-way race in which three candidates, or at the most four or five, will emerge as viable options out of Iowa, the locations of field offices reveal clues about their strategies.

Every first-tier candidate is represented in the state’s delegate-rich urban centers, like Des Moines and Cedar Rapids. But Senator Amy Klobuchar has an office in Clear Lake, a northern Iowa town where voters get their news from TV stations in Minnesota, her home state. Former Vice President Joseph R. Biden Jr. has a cluster of offices in far southeast Iowa, an old union stronghold that swung hard to Mr. Trump in 2016.

While Ms. Warren’s Indianola office is a brief walk from the local high school and Simpson College, Mr. Buttigieg’s is a mile up the road in a strip mall alongside Pizza Ranch, a chain ubiquitous in rural Iowa that is popular with social conservatives.

“I just tell people we’re by the Pizza Ranch,” said Stephen Dee, the Warren County organizer for the Buttigieg campaign.

At the Buttigieg office this week, Marcia Peeler sat on the floor, calling her friends and family to ask them to think about backing the 37-year-old’s candidacy.

Ms. Peeler, a 59-year-old public relations professional, had never volunteered for a political campaign before walking into the Buttigieg field office in Indianola Tuesday night. How she got there helps explain the value in Mr. Buttigieg having more field offices in Iowa than any Democrat in the 2020 race.

A registered Republican who caucused for John Kasich in 2016, Ms. Peeler was resolved to vote against President Trump in 2020 but hadn’t latched on to any of the Democrats running. Then in August she got a cold call from Mr. Dee, 30, who this past summer quit his corporate law job in New York to move to Indianola and work for Mr. Buttigieg. Mr. Dee had gotten Ms. Peeler’s number from someone at her church.

Along with Indianola, the two campaigns are also the only ones with field offices in Republican-leaning rural areas such as Clinton, a Mississippi River town in a county that swung 28 percentage points from Mr. Obama in 2012 to Mr. Trump in 2016. In Fort Dodge, where Mr. Trump did 27 points better than Mr. Obama, Mr. Buttigieg, Ms. Warren and Mr. Biden are the only campaigns to have offices.

Where Warren and Buttigieg have offices 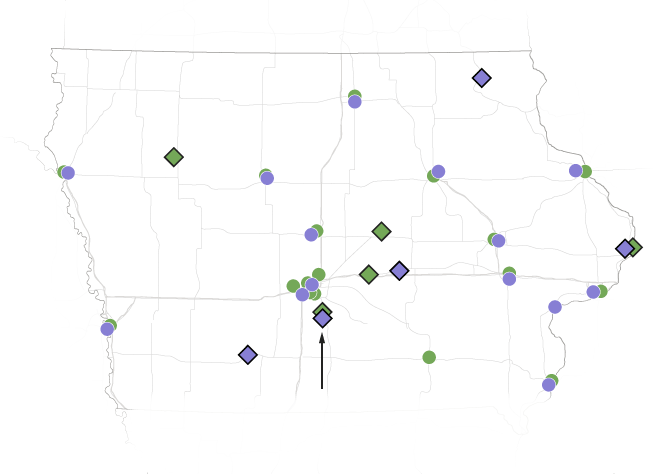 Diamonds are places where no

other 2020 Democrats have offices. 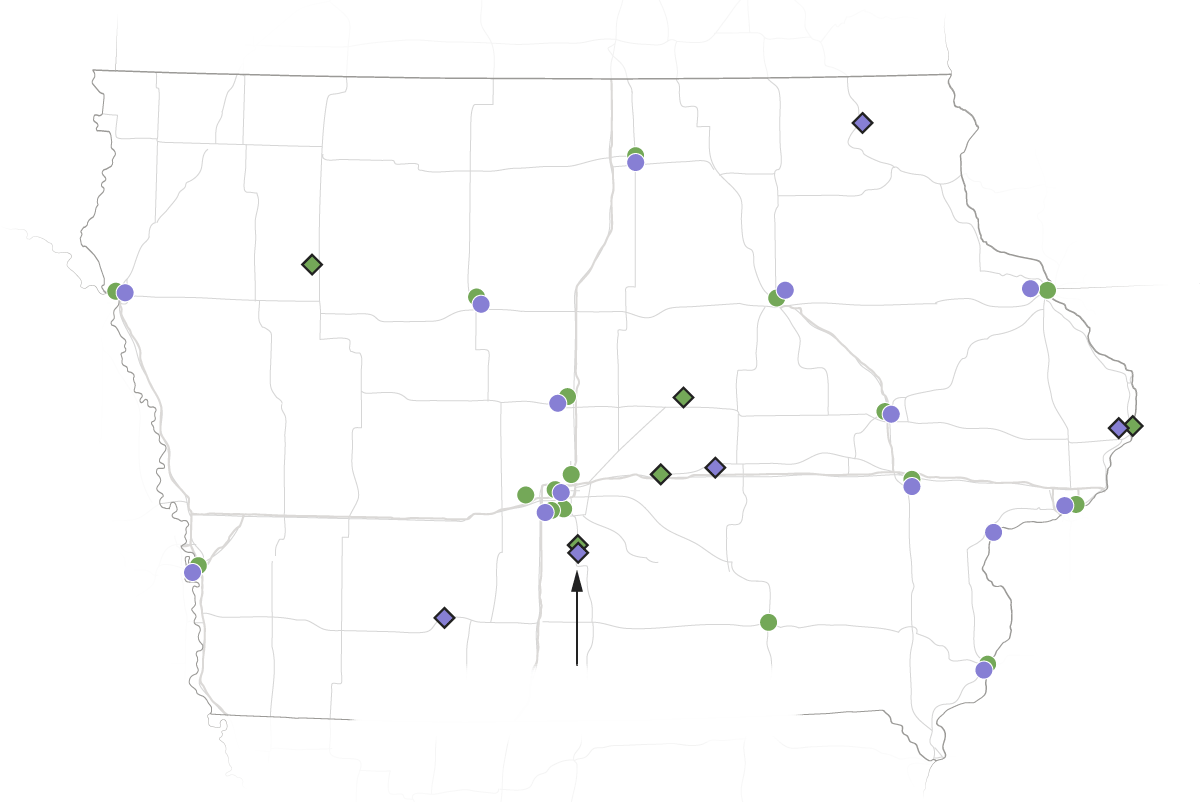 Diamonds are places where no

other 2020 Democrats have offices.

On Wednesday afternoon, the Warren office in Indianola teemed with retirees and students from Simpson College texting neighbors to ask if they will caucus for Ms. Warren, and an 11-year-old girl who came with her father to fold Warren literature into envelopes for canvassers who would later knock on doors for the campaign.

It’s the candidates, not the field organizers, that generate excitement for the campaigns. But if a campaign doesn’t already have a credible early-state field program in place, they are nearly out of time to create one, said Jon Carson, who was the field director for Barack Obama’s 2008 campaign.

“To barnstorm in now in mid-October and say you’re going to build up a whole office strategy now doesn’t work,” he said. “If you have been laying an infrastructure, that can work.”

Mr. Buttigieg, whose deep financial resources has helped him open more offices than anyone else in Iowa, New Hampshire and Nevada, has been slow to add staff in South Carolina, where polling has shown him with very limited appeal to African America voters. His campaign has just two South Carolina field offices and announced the hiring of a state director just one month ago. In Nevada, Mr. Buttigieg has four offices in Las Vegas alone, along with a presence in far-flung Republican-heavy locales like Elko, Fallon and Pahrump.

Renting office spaces and paying organizers isn’t possible without money, and it is little surprise that the campaigns with the most cash have the largest office footprints. The spaces themselves won’t break the bank — in rural Iowa it costs about $5,000 to $6,000 per month to rent space and procure office supplies, though Des Moines locations can be a more expensive — but the majority of the 2020 campaigns aren’t exactly swimming in money.

The Warren campaign built the earliest presence across the state, opening its first eight field offices in June. When Mr. Buttigieg, on a July walking tour of downtown Waterloo, popped into a sneakers-and-skateboards shop, organizers from the Warren field office across the street came outside to greet him.

Ms. Warren’s army of paid Iowa organizers — the campaign puts the number at “more than 65,” though it is by all accounts far higher — spent the summer appearing almost anywhere Democrats gathered. Democratic Party leaders in even the state’s smallest counties reported Warren organizers, alone among the presidential campaigns, appearing at nearly every one of their monthly gatherings. 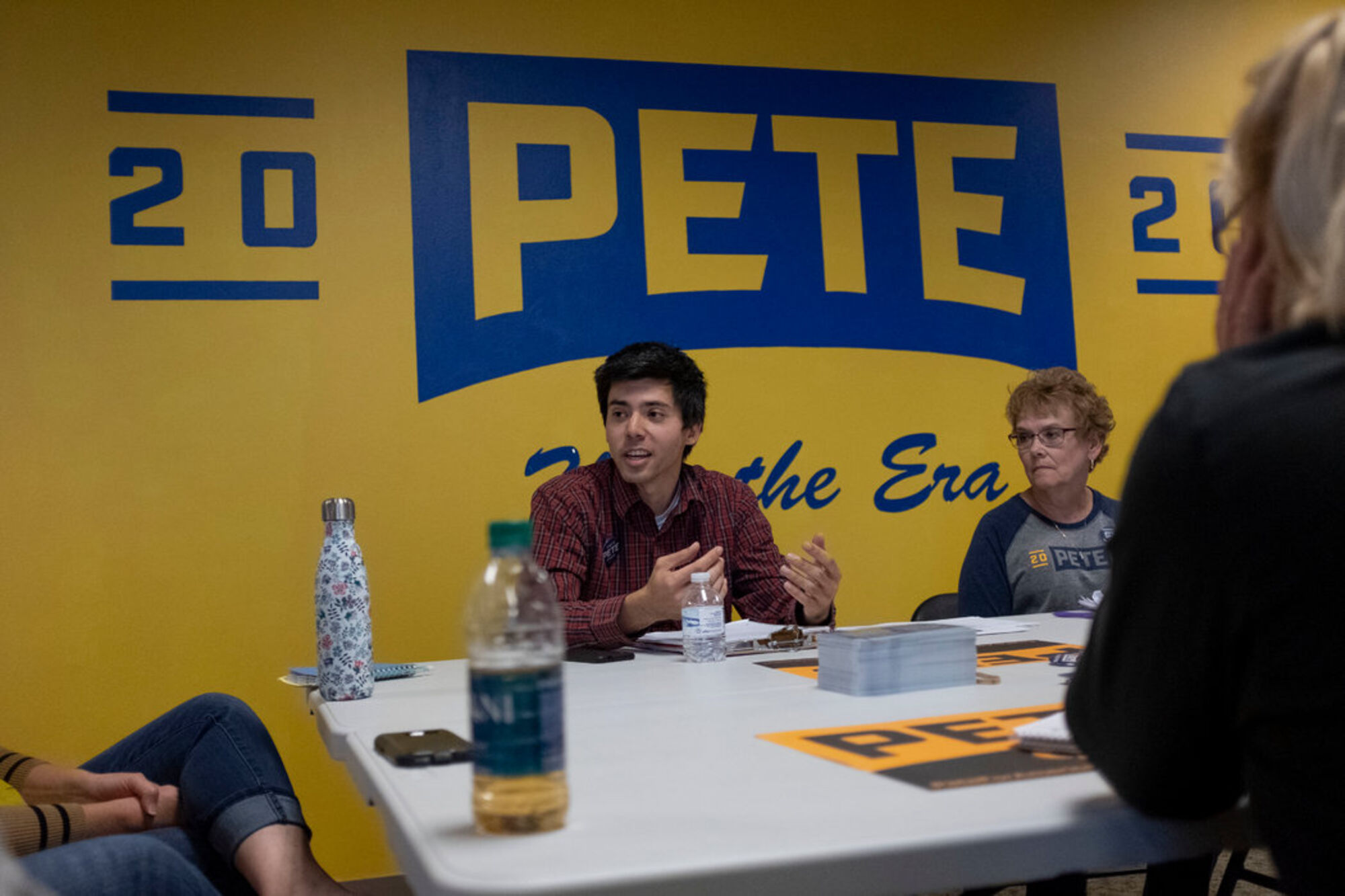 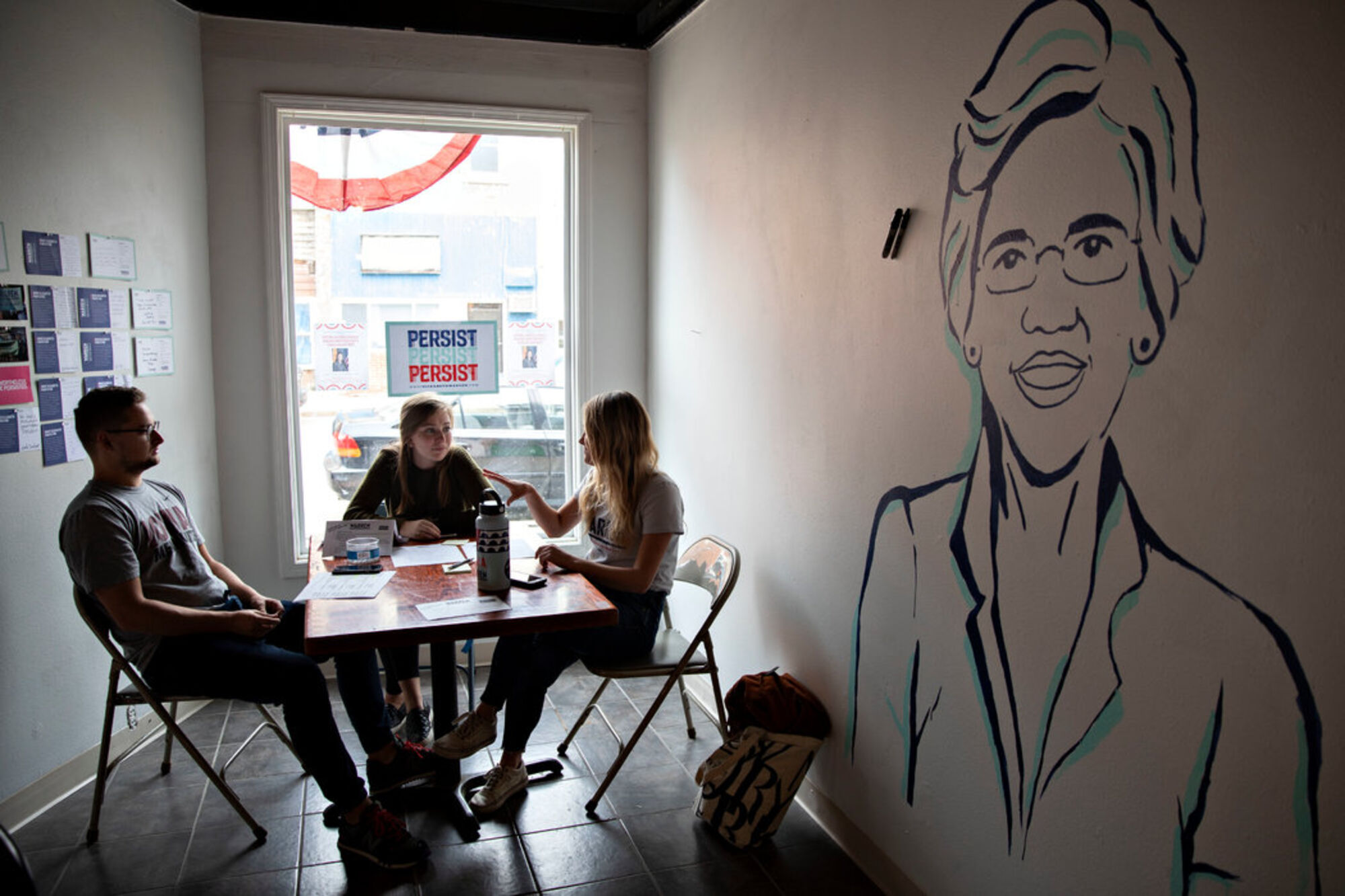 Lorenza Ramirez, a 23-year-old who moved from Boston to become Ms. Warren’s regional organizing director for eight counties in central Iowa, said she ran a 5K race this summer to ingratiate herself with local party officials.

“These caucuses are very personal,” said Gary Gelner, the Democratic Party chairman in Hancock County. “Close voter contact is extremely important and Warren is way ahead with troops on the ground and a very large number of campaign veterans on board.”

Among the top-polling candidates, only Senator Bernie Sanders of Vermont has eschewed a strategy of building an array of field offices across Iowa. The Sanders campaign is betting on expanding the caucus electorate to people estranged from the political process and less likely to step into a campaign office.

That has left the Sanders campaign with about half the office footprint in Iowa as Mr. Buttigieg and Ms. Warren, though he is in the same ballpark as them in New Hampshire.

Claire Sandberg, the Sanders campaign’s national organizing director, said the senator’s supporters across rural Iowa arrange their own gatherings instead of meeting at a central office.

“We’re not limited to just the volunteers who are within easy driving distance of those offices,” she said. “Anyone who wants to volunteer for Bernie can get involved from no matter where they are.” 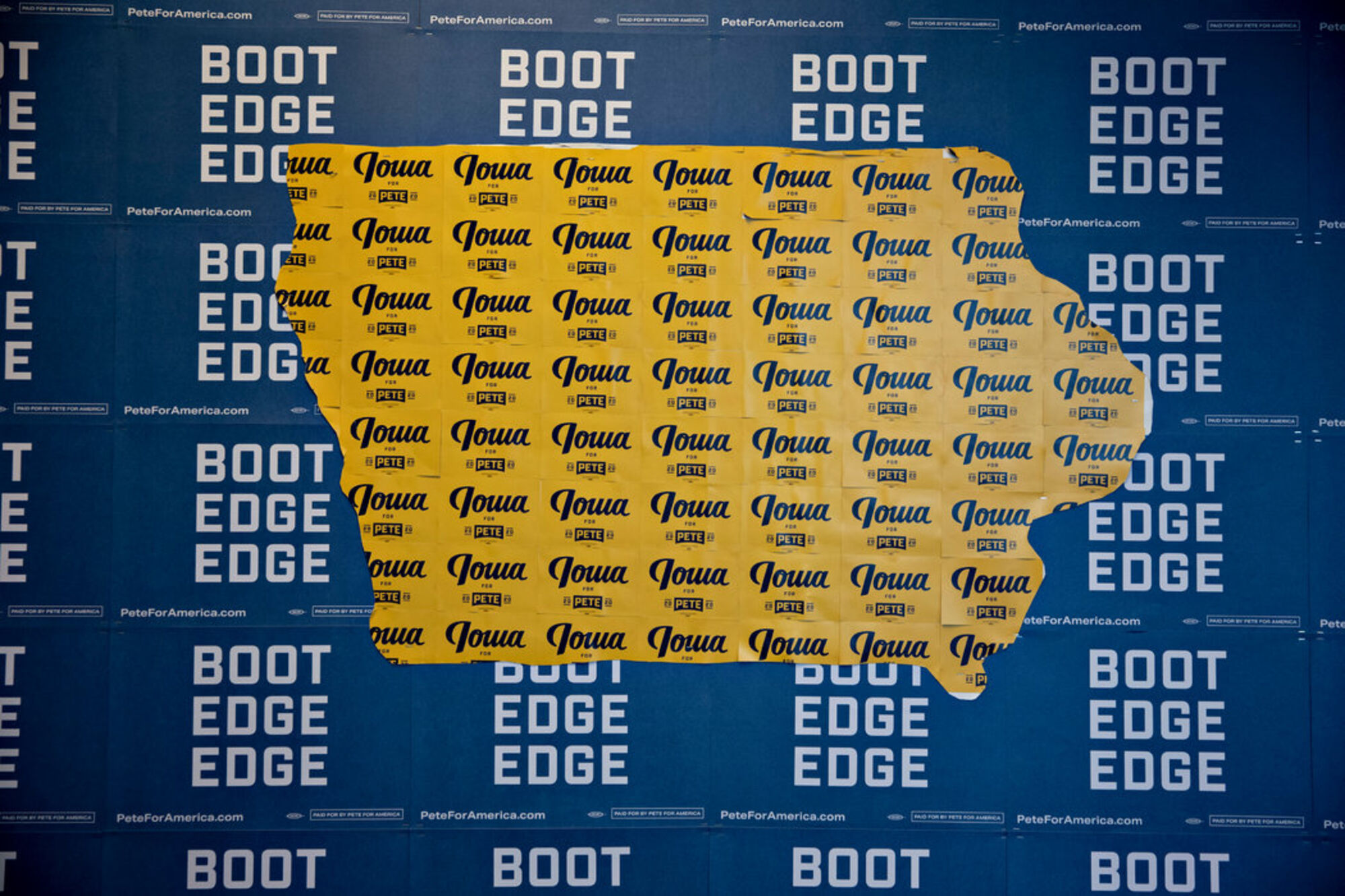 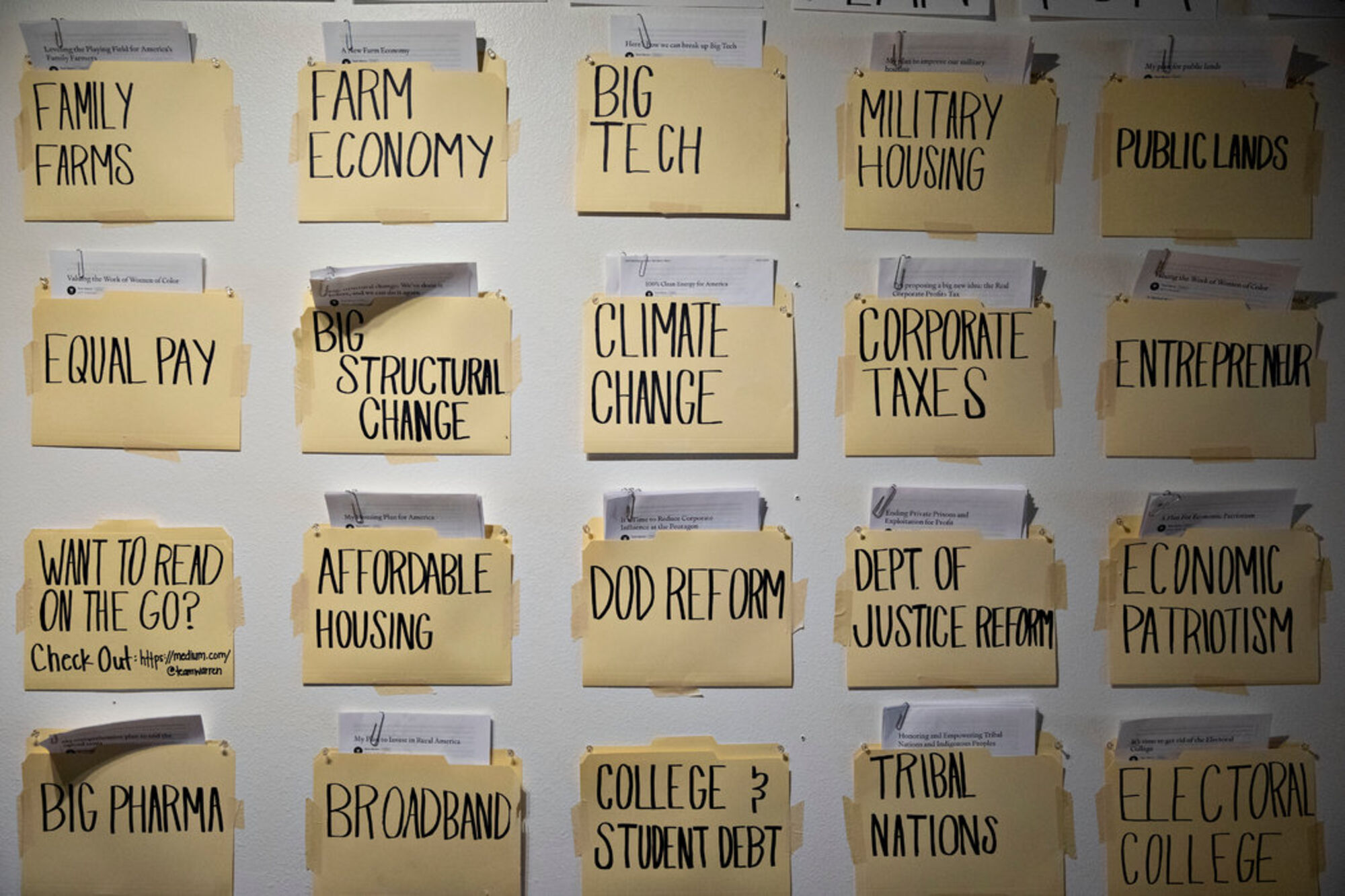 Stickers on the wall of Mr. Buttigieg’s office form the shape of Iowa, while at Ms. Warren’s office, literature on her policy proposals cover a wall.
Daniel Acker for The New York Time

Like most campaign offices, Ms. Warren’s Indianola outpost is arranged as a shrine to the candidate. There’s an eight-foot-tall outline of her on one wall, while packets containing literature on all of her policy proposals are stapled on what the campaign calls its “plans wall.” In one corner is a child’s doll house and a scramble of Matchbox cars for small children to play with while their parents do the work of the campaign.

At one table sat a half-dozen Simpson College students furiously texting from a call sheet. Jailyn Seabrooks, the school’s student body president, said she comes to the office a few times a week to knock on doors and make calls for the Warren campaign.

“Being in this space, it’s rejuvenating,” Ms. Seabrooks said. “It’s a reminder that I’m in this fight for a reason.” 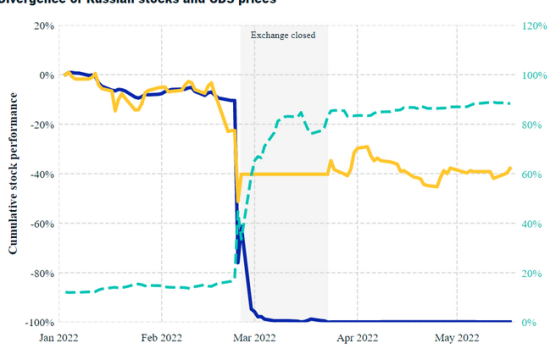 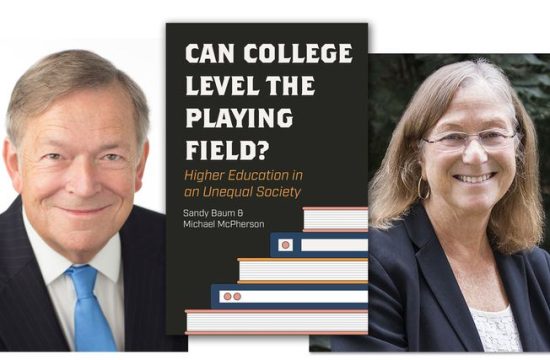 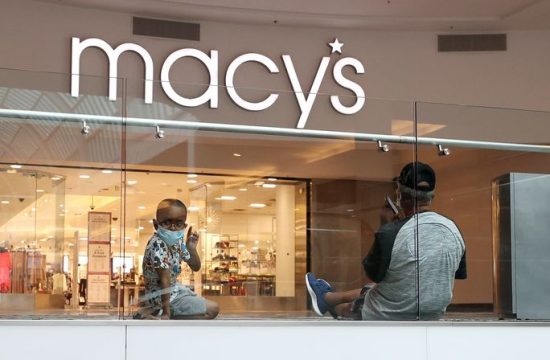 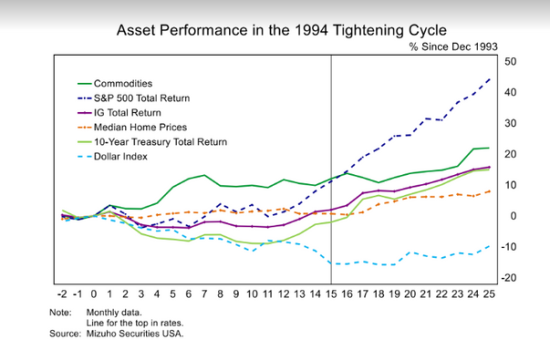