Latest News
Home /He Was A Child Of Incarcerated Parents. He Could Be San Franciscos Next District Attorney.

SAN FRANCISCO ― Chesa Boudin’s dad has been incarcerated since he was just a year old, and his mom was behind bars for decades. He thinks that makes him the best candidate for district attorney of San Francisco.

“The experience of having parents incarcerated is actually, sadly, really normal in this country,” Boudin, 39, told HuffPost in August, noting that nearly half of Americans have close family currently or formerly in jail or prison. “That’s a lived experience that is in many ways a defining part of modern American culture, but one that’s all too often removed from or ignored by the political class.”

Now a San Francisco deputy public defender, Boudin was 14 months old when his parents, then members of the radical leftist group the Weather Underground, were jailed for driving the getaway car in an infamous 1981 armed robbery in New York in which two police officers and a security guard were killed. His father is still in New York state prison serving a 75-years-to-life sentence, and his mother, who was paroled in 2003, has since earned her Ph.D. and runs an initiative focused on criminal justice and reentry at Columbia University.

The experience of having parents incarcerated is actually, sadly, really normal in this country.
Chesa Boudin, candidate for San Francisco district attorney

The Nov. 5 election will be the first time in over a century that San Francisco has an open DA race without an incumbent after outgoing District Attorney George Gascón (D) said he won’t run for reelection. And all four candidates in the race will be newcomers to elected office if they win.

The other front-runner alongside Boudin, Suzy Loftus — legal counsel in the San Francisco Sheriff’s Department and former president of the city’s police commission — is also running on a progressive platform. A former prosecutor, Loftus has lined up high-profile endorsements from presidential candidate Sen. Kamala Harris (D-Calif.), who was her former boss in the California Department of Justice, as well as California Gov. Gavin Newsom (D) and San Francisco Mayor London Breed.

Boudin, meanwhile, has received support from two recent candidates in a growing movement of “progressive prosecutors” nationwide: Larry Krasner, now DA in Philadelphia, and Tiffany Cabán, who recently narrowly lost in Queens. He also has the backing of big-name progressives like activist Angela Davis and the Bernie Sanders-backed group Our Revolution. (While Boudin identifies as a “small s” socialist, he said he doesn’t find political party labels “particularly useful,” adding that there are “many different subgroups” in the Democratic Party.)

No matter the outcome in November, Boudin plans to visit his dad in prison after the election.

“I think that’s, in many ways, the defining feature of this race,” Boudin said of growing up with incarcerated parents. “I think it’s imperative people who make the decisions about who should be sent to prison, for what, for how long … have an understanding of that experience.”

Boudin grew up going to prison to visit his parents. Since he was five years old, he’s spent two to four nights a year with his father in state prison, sleeping in “basically a trailer home,” as he put it, cooking together, doing homework, watching sports on a small TV.

“Growing up visiting my parents in prison is a defining part of my life. It’s what led me to start working on criminal justice issues starting in grade school,” Boudin said, adding that he wrote to his dad’s prison warden at age 10 to advocate for changes in visitation policy. “That gives me a breadth of perspective that’s extremely rare in candidates for office.”

His parents, Kathy Boudin and David Gilbert, were unarmed in the 1981 robbery but were charged with felony murder under New York law for their involvement. Gilbert will be eligible for parole in 2056 at age 112. Boudin called the law that put his parents away for so long “draconian.”

“On the other hand, I’m really mindful of the fact that three families lost a loved one,” Boudin added. “They all had kids. Those men will never come back, those families will never be whole again … And there’s nothing anybody can do ― not me, my parents, not the state ― to restore those families to be what they were.”

He noted that “very serious consequences” for actions like those of his parents were “appropriate” as a deterrent and to “honor and dignify the suffering of those families.”

With his parents behind bars, Boudin was raised by two of their friends, fellow Weather Underground members, and grew up in Chicago. They were an upper-middle-class family ― he went to private school, then Yale for college, got a master’s at Oxford and went to Yale law school.

“In many ways, I was lucky,” he said of his childhood. “I started off like so many kids with parents in prison ― traumatized, destabilized and behind my classmates in terms of education, behavior control, socialization.”

But “very few are lucky enough to have white skin privilege [and] the kinds of support I had,” he said.

Boudin saw therapists as a toddler, had academic tutors and could afford to visit his parents in prison whenever he liked.

Now central to Boudin’s platform for DA is ending “racist disparities [that] plague every step of our criminal justice system.” In San Francisco, black people are nine times more likely to be booked into jails than white people, according to a Human Rights Watch analysis of 2014-2015 county data.

In liberal San Francisco, all the candidates in the race ― including Leif Dautch, a California deputy attorney general, and Nancy Tung, an Alameda County prosecutor ― are touting their “progressive” values and calling for some measure of “reform” to the criminal justice system (though Tung, as the more tough-on-crime candidate, is considered the most moderate).

But Boudin insists that while their rhetoric may seem similar, there are specific proposals in his platform and experiences in his record, that set him apart.

He’s the only public defender in the race and was a leader in the yearslong effort in San Francisco and California to challenge the cash bail system. Earlier this year, a federal judge ruled that San Francisco’s cash bail system violated the rights of poor defendants (the judge still has to issue an injunction for the system to change in practice), and at the state level, California residents will be voting in 2020 on whether to eliminate cash bail statewide.

Boudin is also pushing for a dedicated immigration unit in the DA’s office that would, among other things, advise attorneys how to pursue charges that would be “fair” for a given crime without having additional “life-altering consequences” such as deportation, Boudin said. He also wants the DA’s office to pursue charges against federal Immigration and Customs Enforcement agents if they “come into our neighborhoods and break the law,” as he put it.

“They’re acting like the Gestapo in our communities and somebody has to stand up to them, and I will,” Boudin said of ICE.

Jail should be a last resort.
Boudin

He’s also committed to closing jails, namely San Francisco’s County Jail No. 4, where inmates are housed in a building considered seismically unsafe. His plan is for the city to reduce the total inmate population across all its jails so this one can be closed for now.

“Jail should be a last resort,” Boudin said, noting that many people are there simply because they can’t afford bail. On a given day in 2016, nearly half of the jail population in San Francisco would have been eligible for release if those inmates simply posted bail, per a report from the office of the city treasurer.

About 40% of people booked in San Francisco’s jails are homeless or insecurely housed, according to the city health commission, about 1 in 5 are diagnosed as seriously mentally ill, and about three-quarters reported substance use (not including marijuana).

Boudin wants “every arrest to be an opportunity for intervention” to divert people from the criminal justice system into programs for mental health, addiction and housing.

“We need a district attorney who understands the big picture and what’s driving crime ― we can’t jail our way out of the problem,” he said.

Suzy Loftus’ team says she wants the same things. The 45-year-old San Francisco native and former prosecutor also supports closing County Jail No.4 and calls for alternatives to locking people in jails and prisons to address “our over-reliance on incarceration,” her website says.

Loftus is proposing creating a civil rights unit in the DA’s office to address racial bias in the system, her spokesperson Debbie Mesloh said. The unit would also look at issues like wrongful convictions and immigration, which Boudin has stressed in his campaign.

But Boudin argues that Loftus’ rhetoric doesn’t match her record as a prosecutor.

“[Loftus] says she supports ending money bail; she used money bail in her entire career as prosecutor to detain poor people,” Boudin said. “She says she supports decriminalizing prostitution and homelessness and supports legalizing marijuana, but as a line attorney she prosecuted all those cases.”

Mesloh responded that the criminal justice system had “evolved clearly” since Loftus’ days as a prosecutor ― she worked in the DA’s office from 2004 to 2010. This experience would allow Loftus as DA to “execute on changes they’re all calling for on reform that’s needed,” Mesloh added.

Having entered the race months after Loftus, Boudin was neck and neck with her when the latest June fundraising numbers came out, with around $382,000 raised for Boudin and $412,000 for Loftus.

In late August, just weeks after her loss in the Queens DA race, Cabán, also a public defender, traveled to San Francisco to campaign for Boudin. She said his “unique” experience of having incarcerated parents “ties him to the people he would be serving” as district attorney.

“This is not just about bringing this movement to San Francisco. It’s understanding that electing someone like Chesa as DA, it’s going to have an effect around the country,” Cabán said.

“We need to strengthen this team of not just progressive, but decarceral prosecutors,” she added, listing Krasner, Kim Foxx, state’s attorney in Chicago’s Cook County, and Rachael Rollins, DA in Boston’s Suffolk County. “That’s why I flew across the country ― it’s not just about San Francisco, but about the movement nationally.” 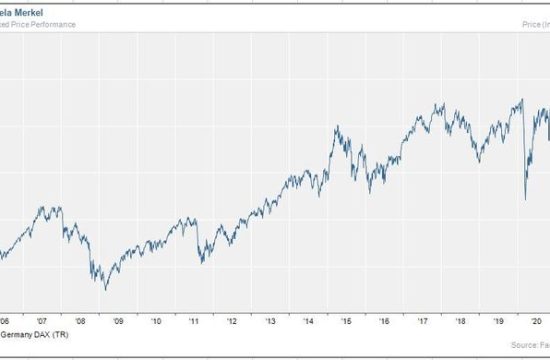 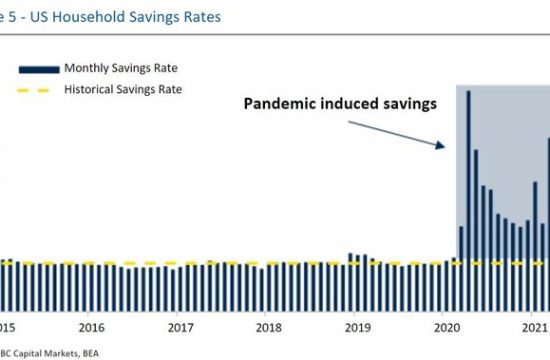 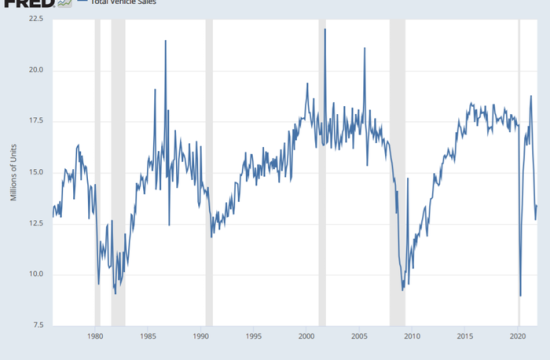 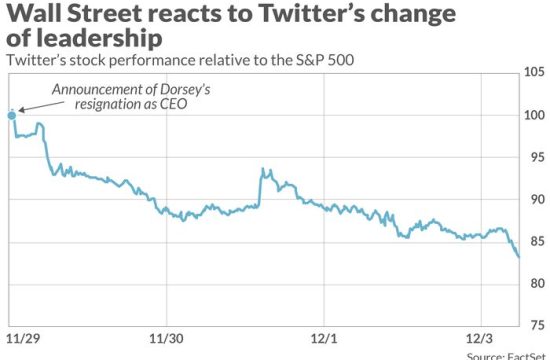 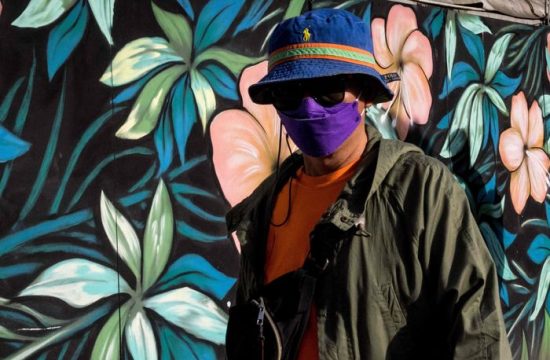 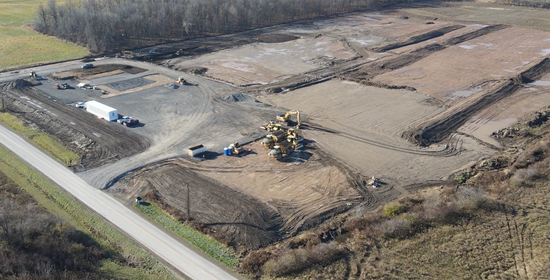